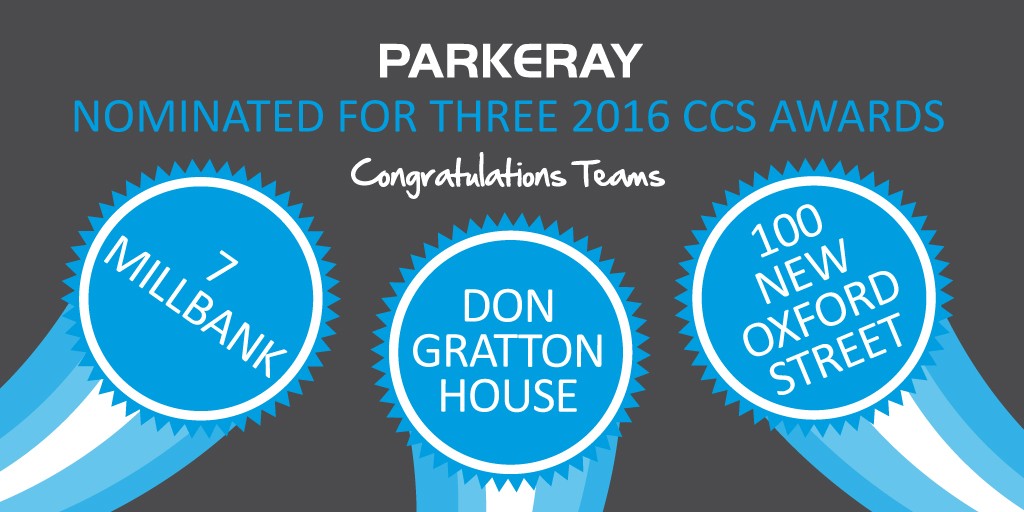 A great start to 2016 with 3 of our projects being considered for a 2016 Considerate Constructors Scheme National Site Award.

Our nominees this year are Simon Park, Frank Armstrong, Dean Mythen, John Miller and Bob Wills for the project at No 7 Millbank with a fantastic score of 42 out of 50.

Also scoring 42 out of 50 were Glen Merson, Gordon Rose, Dave Scott and Gerry Gilbert for their work at 100 New Oxford Street and the third nomination goes to our Lite team of Bob Tomkins, John Miller and Jason Pitts for the project at Don Gratton House.

These awards recognise excellent standards on site and only the highest scoring 10% of registered sites are nominated so we are honoured to have a trio of projects being considered.

Congratulations to everyone who has been nominated, it’s a superb achievement and recognition of the hard work they put in.

Winners are announced in April so good luck everyone!