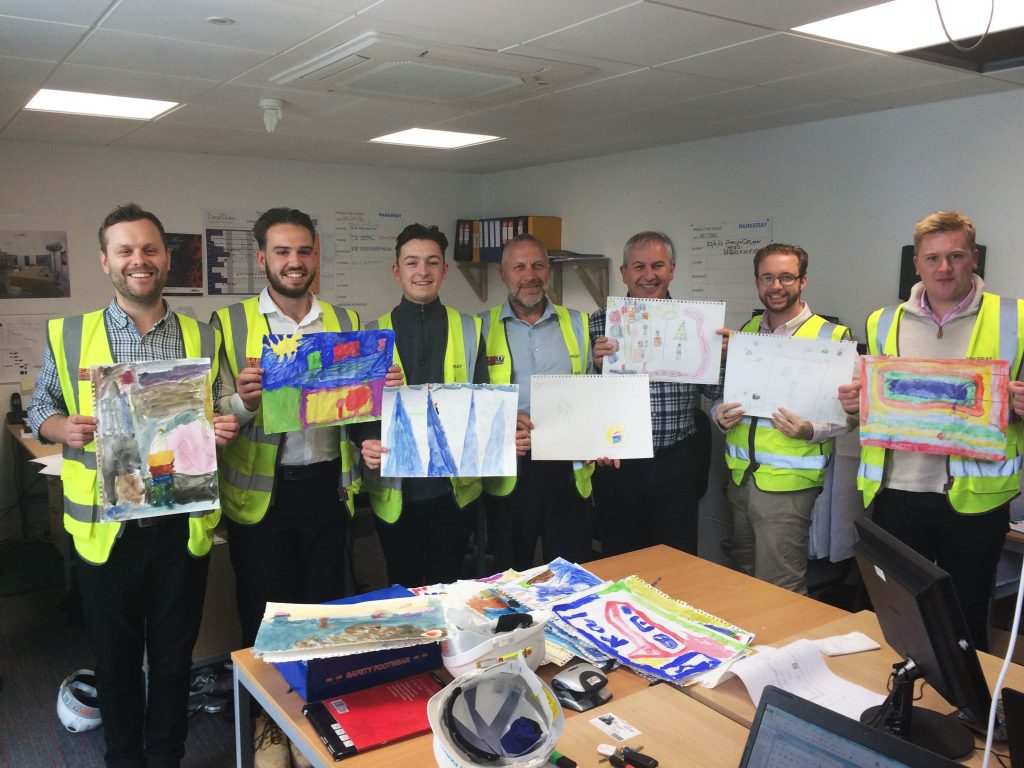 It was a tough call for our client and Project Pearl team to make, however, after much deliberation the winners of our painting competition were picked and announced at a school assembly on Thursday 16 June 2016.

Five prizes were awarded to Year 1 and Reception pupils at the Gatwick School in Crawley, for creating the best paintings of their favourite holiday destinations.

Alex took first place with his painting of the United States, followed by Riley’s Green Plane and Visiting Scotland by Darcy in third place. Two runner-up prizes were also awarded to Tanisha and Alfie for their superb efforts.

Well done to our Trainee Project Manager Sam Overton for leading this initiative, which helped his project achieve a good CCS audit score while working with the local community.