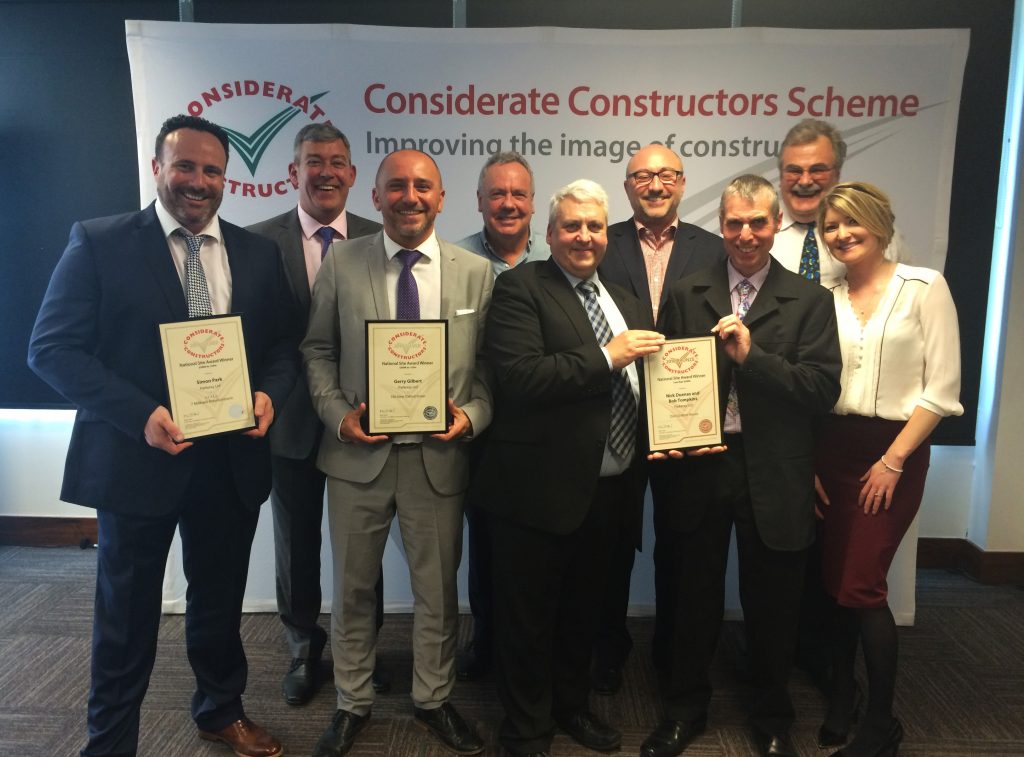 Back in February, we mentioned three of our projects were considered for the 2016 CCS National Site Awards. So it’s with great pleasure we can announce that all three came away as winners from the recent award ceremony that took place at The Mermaid in London.

The National Site Awards recognise registered sites that have raised the bar for considerate construction and a number of our winning team members were there to collect their awards including project managers Glen Merson, Bob Tomkins and Simon Park for Don Gratton House, 100 New Oxford Street and the refurbishment at L1 + L2 , 7 Millbank. 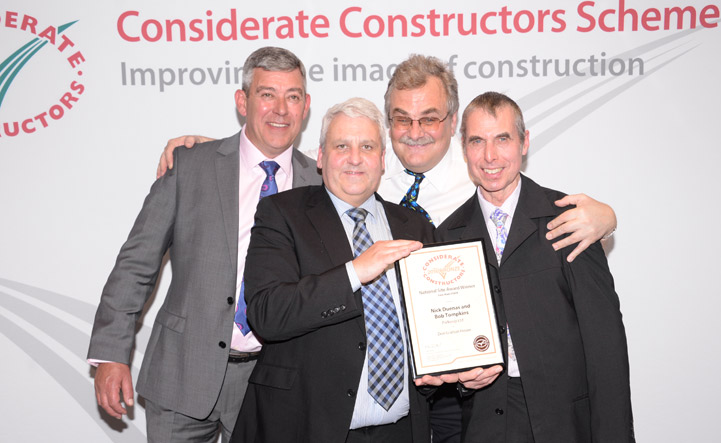 Our projects continually score in the high 30s and low 40s, which in the wider aspects of the scheme for a company of Parkeray’s size is extremely impressive and is both recognised by the monitors as well as the CCS awards committee. 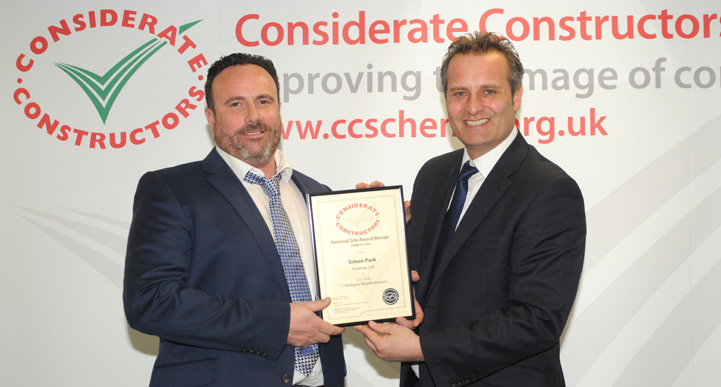 Achieving one Bronze and two Silvers at this year’s awards shows how committed Parkeray are as a company to this superb scheme.

Huge congratulations to all our winners! 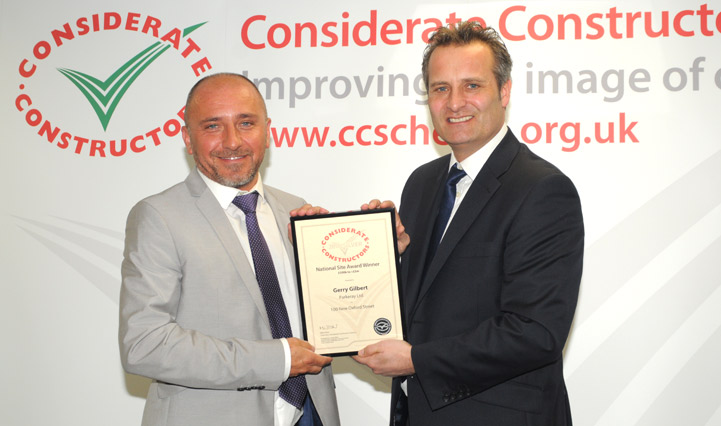