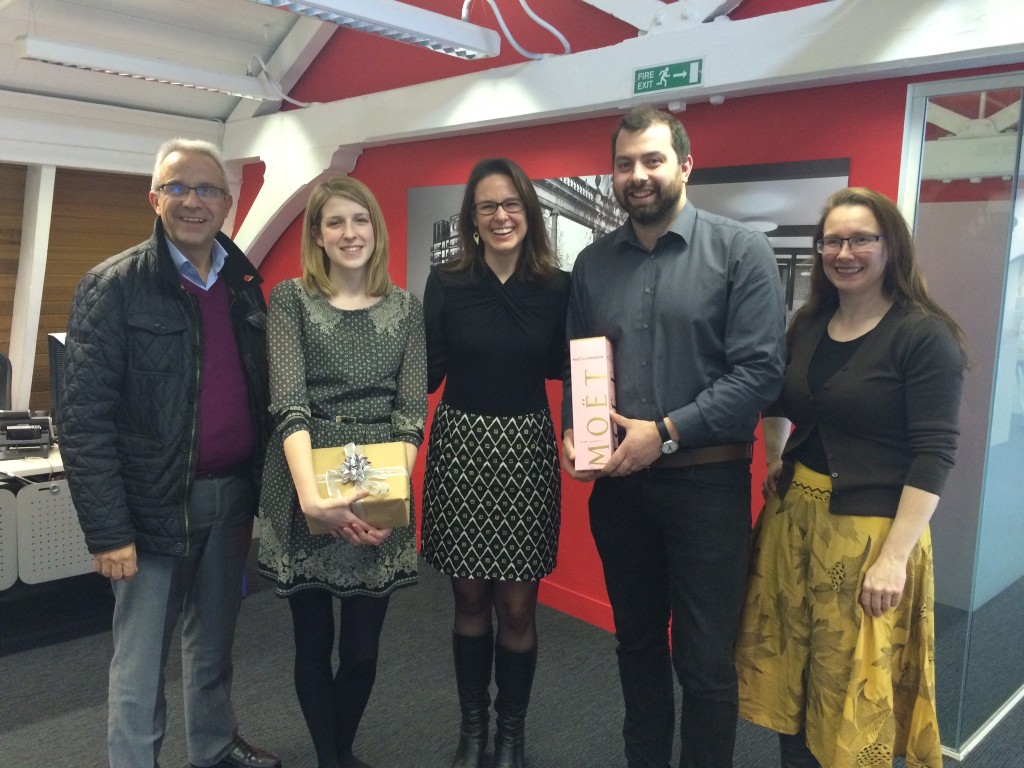 During the recent Rugby World Cup, we extended an invitation to our clients, consultants and subcontractors to enter their company team into our fantasy “Fit Out League”. With the chance to win prizes and score friendly points against peers and associates within the construction industry, it was a great opportunity to get into the World Cup spirit.

We had an amazing response with 35 entries to the league with teams from the likes of TateHindle, JLL, CBRE, Bollingbrook, Savills and SCOR to name just a few.

TateHindle had their game face on from the very start, with the Prussia team from Pellings not too far behind! After an epic battle throughout the tournament, TateHindle hanged on to the top spot. Just eight points behind, were runners-up Pellings who fought hard all the way through.

Congratulations to Jenny and Neal from TateHindle – the fantastic duo were awarded a replica RWC trophy, along with a bottle of champagne personally by Parkeray’s Mike Murray and Alex Soltynski.