Sailing aficionado, Director and all-round super woman Clare Ashmore, gives us an update on Parkeray at the 2016 L.B.C.C!

This years’ Little Britain Challenge Cup, our industry regatta, saw just shy of 50 yachts entered. Smaller than normal but let’s say it was perfectly formed.  We had a little bit of everything: sunshine, pelting rain, 30 knots of breeze (35mph), light winds, great courses and entertainment on and off the water.

Being a smaller affair, the competition was far greater than previous years, attracting the hardened sailors. Parkeray sponsored a boat with Think IT, a mixed group from our industry and a great bunch of guys. We raced six times over three days and the best four results were counted. We were regularly battling with Wates, Galliford Try and Shepherd Robson. Finally, it was all down to the last race, a gruelling three and a half hours windward leeward in ridiculously strong winds and rain that felt like needles flying in your face. We were cold, wet but never lost our team spirit and romped home an amazing win. 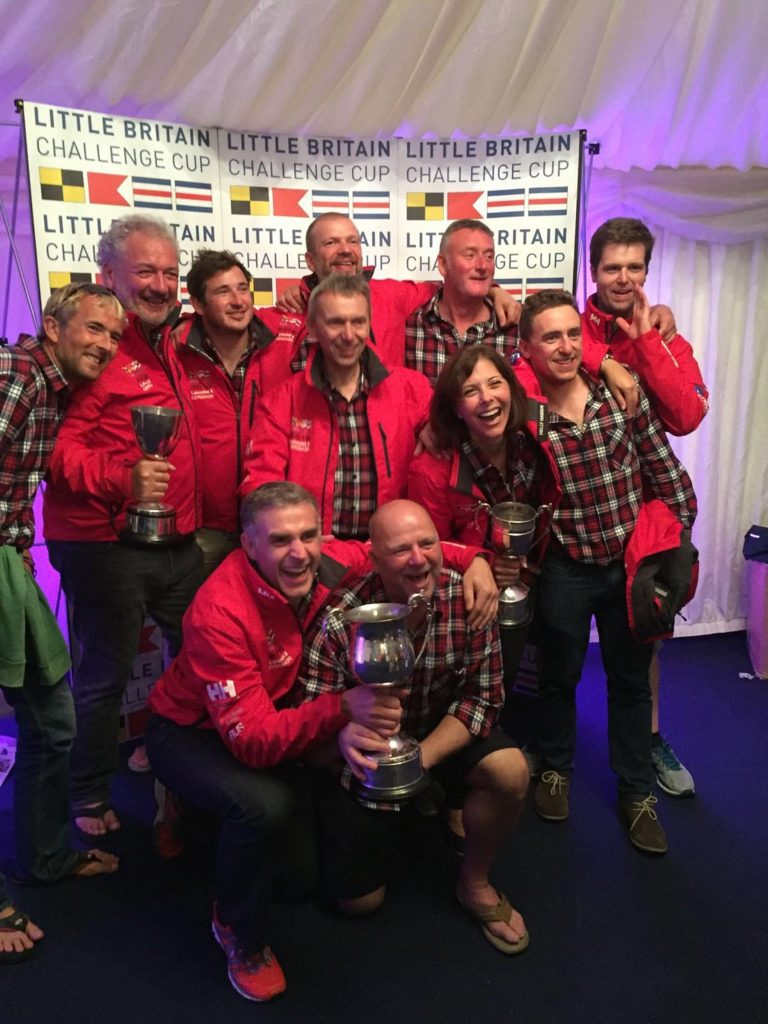 There is nothing more focussed on the importance of a team than racing a yacht. Status, title and position are not relevant and you see people for who they really are. Each and every person is as important as the next, from the person driving to the crew member hanging over the side balancing the boat. You cannot win a race without everyone on board and everyone literally pulling together.

That final win meant that we had five thirds and a first, which awarded us second overall in Class 2. We won our category of Specialist Contractor and the award for the Best-Dressed Crew. We got loads of coverage and even Building magazine retweeted Parkeray, taking us over 1000 followers on Twitter.

All in all, it was a great few days on the water.